In 2017, St Kilda Legal Service and the Victorian AIDS council received the biggest ever grant made by the Victoria Law Foundation for $111,000.

The grant helped establish the LGBTIQ Legal Service, which was the first legal service of its kind in Victoria.

‘With Victoria and Australia slowly working towards equality for the LGBTIQ community, we’re thrilled to be able to support this project, which will help close the justice gap,’ VLF Executive Director Lynne Haultain said at the time.

Since then, the LGBTIQ Legal Service has well and truly hit its stride. 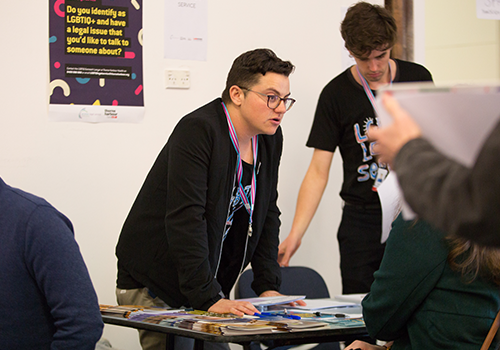 Along with Transgender Victoria, it spearheaded Change Your ID Day during Law Week, an event where trans and gender-diverse people could update their identity documents with multiple agencies in one convenient location.

Representatives from the Australian Department of Human Services, the Australian Passport Office, Births Deaths and Marriages Victoria, and VicRoads, as well as lawyers from St Kilda Legal Service, were all on hand to help.

The free event was booked out, demonstrating the way that the LGBTIQ Legal Service’s work strongly resonates with the community. 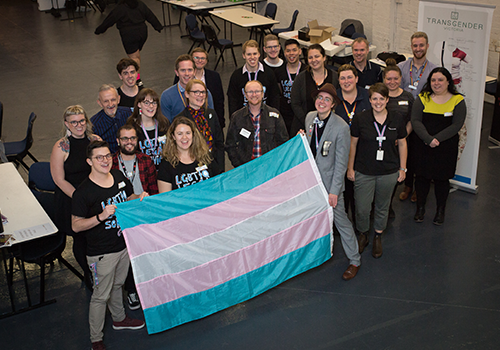 Representatives of organisations at Change Your ID Day

The Impact of the Service

‘The Foundation firmly believed that the LGBTIQ Legal Service was an idea whose time had well and truly come when we funded it, and their success clearly proves this,’ says Ms Haultain today.

‘This service has had an enormously positive impact on the community,’ they said.

‘There’s a longstanding fear within parts of the LGBTIQ community of the legal system, coloured by previous negative experiences with police, lawyers and other legal institutions.

‘Having a dedicated service staffed with someone like myself, who is also trans, gives the community the confidence to engage with the legal system and goes a long way towards rebuilding trust.

‘This means that when trans and gender diverse people come in for one issue, we are able to diagnose and treat other legal issues they are facing but may have been avoiding due to mistrust or lack of access.’

Sam also praised the LGBTIQ Legal Service’s partnership with Thorne Harbour Health, the first partnership of its kind in the world.

‘The passion and dedication of everyone involved has been amazing,’ they say.

Victoria Law Foundation is thrilled to see the LGBTIQ Legal Service grow into its own and congratulates the team on their nomination.

The Law Institute of Victoria’s Victorian Legal Awards, now in its 15th year, is the most prestigious legal awards program in Victoria.

Winners will be announced tonight, Friday 17 May.

Bringing the law to life for Warrnambool students

Thanks from the Executive Director